Do You Have an Accent? 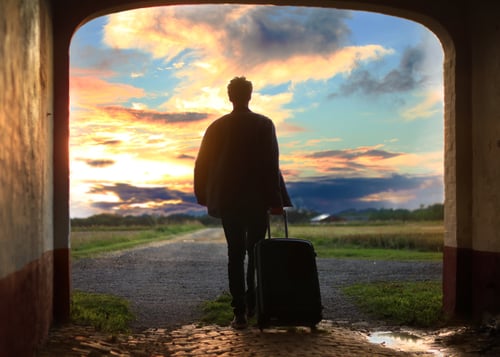 “Where are you from?”

As I traveled throughout Ireland this past month everyone seemed to ask me this question.
When I told shopkeepers, receptionists and waiters that I was from California – all of them had an opinion about what that meant.  Some asked me if I surfed all the time, others asked if I ever saw movie stars walking around and the people who pay attention to the news asked me about the fires this past year.There were assumptions made as to my character, politics, and hobbies purely based on the stereotypes of our state.  Fortunately almost every person I met wants to visit California and it didn’t seem to close any doors for me.

Jesus was from a small town in the northern part of his “state.”

If you were raised in Galilee (the north) you had an accent.  When you went to the big cities like Jerusalem it was obvious that you were from the country.  When it came to having a reputation as a religious leader, if you weren’t from Jerusalem and hadn't studied under the top scholars – you didn’t get much respect.  The Jewish leaders believed that they had passed down a special ability by God throughout the generations through ordination of the new generations of priests.  They believed they had special insight, abilities and a job to protect what Moses had passed onto them.

When Jesus comes on the scene, they are threatened because the authority that he carried as he spoke was tangible.

Mark 1:22 (NIV) says, “ The people were amazed at his teaching, because he taught them as one who had authority, not as the teachers of the law.”

In John 7, the leaders of the Jews then began to raise questions about what kind of religious schooling he had attended, and then made statements about being from Nazareth in the north disqualifying him as Messiah.

Peter and John face the same kind of stereotypes as they establish the early church in Acts 4.

The leaders of Jerusalem can’t figure out how these crusty Galilean fisherman without schooling could speak with such power and authority.

Jesus, Peter and John all carried spiritual authority not because of schooling or pedigree – but because they had been spending time in the presence of God.  We know that Jesus made it a lifestyle to draw away and spend time with His Heavenly Father and Acts 4 explains that the reason the disciples carried authority was because they had “been with Jesus.”

Do you believe that the amount of spiritual authority you carry is directly proportionate to the amount of time you spend with God?

I am walking in a new awareness of the nearness of God and His desire to work in and through me.  This morning as I prayed before rising out of bed I kept hearing the phrase, “I want to work in you and through you.”

What would it look like to allow your car to be silent so that you can spend a bit of time with God driving across town?

How would it change things if you sat in your car for two minutes seeking Jesus before you went into the grocery store, the café or into a meeting?

When you are sitting with a friend or someone you have just met, do you silently ask Jesus what He might want to say to this person?

I believe that Jesus is inviting us into a more powerful life through spending time receiving from Him.

Today will you turn your face toward Him so that He can work in you and through you?