Friends and Brothers of Jesus 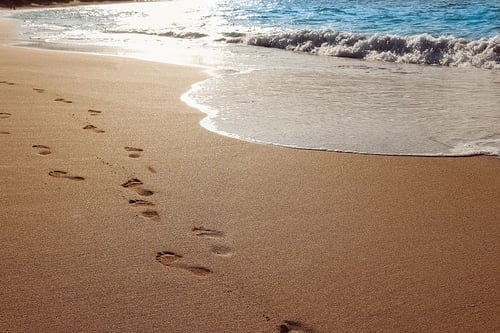 Amy calls me her friend.

Years ago I noticed that Amy Wadlow would say to others, “Hey friend, how are you?”  She didn’t say that because she didn’t remember their name and she was using that phrase as a stop gap until she could recall it.  What Amy has done for years in using that phrase is declare the truth of identity and revealed love and loyalty to others by using a simple descriptive phrase.  There is fondness and affection built into that phrase, and while I know that I am Amy’s friend, it’s really nice to hear her say it.

What does Jesus call you?

In the book of John, we see a progression of intimacy tucked into the ways Jesus addresses his followers.  While all three distinctions of our identity are true, I believe that as we walk with Jesus more and more, he draws us into a deeper and deeper place of intimacy with him.  As we grow in our knowledge of Jesus and have experiences with Him, we learn to appreciate Him more and see him more clearly.

"You call me 'Teacher' and 'Lord,' and rightly so, for that is what I am.
Now that I, your Lord and Teacher, have washed your feet, you also should wash one another's feet.  I have set you an example that you should do as I have done for you.  I tell you the truth, no servant is greater than his master, nor is a messenger greater than the one who sent him.” John 13:13-16 (NIV)

We are all servants of God, but not his slaves.  It is an act of our free will to choose to serve Jesus as our teacher and our Lord (boss).  No one forces us to obey Him or serve Him.  It is an honor to say that you serve Jesus. Joshua 1:2 refers to this term, “Moses my servant is dead…”  While it could have said, “Moses the friend of God is dead” (Exodus 33:11), it is still a great honor to be called a servant of God.

Jesus followers are called his friends

When you are an employee you are on a “need to know” basis. When I worked for a Mexican restaurant, the owners didn’t sit me down and explain to me how cutting corn tortillas into triangles to make chips was affecting the overall strategy of the business.  As a servant (of sorts) I just did what I was told without much knowledge of the bigger purpose and plan.

“I no longer call you servants, because a servant does not know his master's business. Instead, I have called you friends, for everything that I learned from my Father I have made known to you.”   John 15:15 (NIV)

Jesus is saying, I’m no longer just calling you “employee” (my term), I’m making you a partner in the family business.  You get to have intimate knowledge of what our values are and what we are trying to accomplish. Jesus says that He will make things known to us – that He will reveal what the Father is doing.

Greater love has no one than this, that he lay down his life for his friends.

Friendship in the first century was used for political and military alliances, and more wealthy people would have friendship in a “patron/client” relationship.  Even the spiritual leaders of the day (the Pharisees) gathered in what was called “circles of friends.”  There was a great value for loyalty as a friend - even unto death.  Jesus models this love in dying for us and asking us to be friends who are willing to lay our life down for others.

Do you consider yourself a friend of Jesus?

Jesus told about the hired hand who watched a flock of sheep but bailed out as soon as trouble came along – he abandoned his responsibility to care for the sheep (John 10). Do you bristle at the idea of being Jesus’ friend, who is highly invested and willing to sacrifice everything for the “family business?”

"Do not hold on to me, for I have not yet returned to the Father. Go instead to my brothers and tell them, 'I am returning to my Father and your Father, to my God and your God.'"   John 20:17 (NIV)

Did Jesus really mean to call us brothers and sisters?

“For God foreknew, he also predestined to be conformed to the image of his Son, that he might be the firstborn among many brothers and sisters.”   Romans 8:29 (NIV)

God is the father of Jesus, and when we are born again (John 3:3) we become his children, adopted into His family (Rom. 8:15).  Jesus was not adopted by God the Father, but we were.  That makes Jesus our brother.  He is still above all things; God, the second part of the trinity who left heaven to live and die so we can have relationship as sons and daughters (John 1:12).

“For he who sanctifies and those who are sanctified all have one source.  That is why he is not ashamed to call them brothers.”   Hebrews 2:11 (ESV)

Do you see yourself as God’s employee or as a loved son or daughter who is a brother or sister to Christ?

This kind of familiarity with the God of the universe is a challenge for some of us to embrace.  We don’t want to be overly cavalier with our relationship to Jesus.  I would never pray to him and say, “Hey bro, can you do me a solid?”  Make no mistake that Jesus is still the King of the Universe, holds unlimited power and should be worshiped.

Consider the apostle John’s relationship to Jesus.  They look like brothers.  John is leaning against Jesus’ chest during the last supper, and later Jesus asks John to step in and take care of His mother while he is dying on the cross.  You could argue that John was the closest in friendship with Jesus when he was on earth.  Yet, when John is taken to heaven in his vision that becomes the book of Revelation, John is overcome with awe and laid out on the floor when he sees Jesus in all his power and glory.

While there is an intimacy with Jesus that I believe He is calling us into as “friends and brothers,” we also must remember that this closeness is balanced out with a holy reverence.

In the Chronicles of Narnia, the Christ figure is Aslan the Lion.  This is what is said about understanding this balance in C.S. Lewis’ parable found in The Lion, the Witch and the Wardrobe…

Which direction do you feel like you need to grow in today in your relationship with Jesus?

I invite you to join us this week for one of our Sunday morning service options.

If you missed our series Identity Theft Recovering your TRUE identity in Christ, click here to listen to the podcast or watch the video.