Paul, The Apostle of Christ- A Thumbs Up 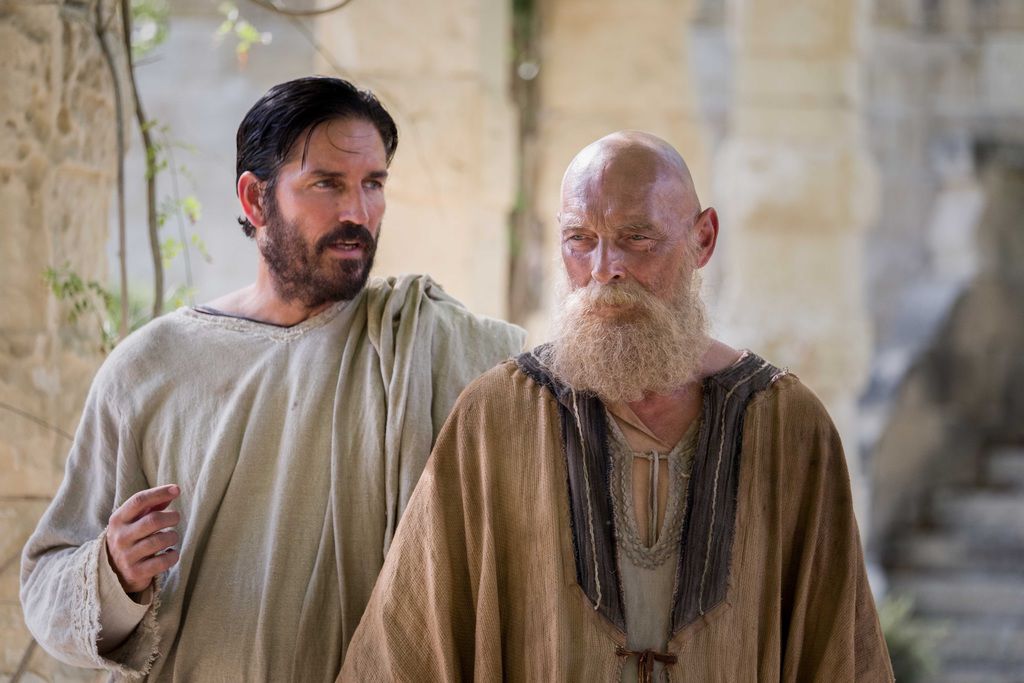 I don’t attend many movies, but I wasn’t going to miss Paul, the Apostle of Christ in some theaters now. Given that we are teaching through the book of Acts and the emphasis is about to shift from Peter (as the central person in the first half of the book), to Paul (who is the central figure in the second half) – the timing could not be any more perfect. We thought it would be helpful to give a quick review of the movie so you can decide if you want to see it while it’s in theaters.

Review of the Movie

James Faulkner stars as the Apostle Paul, and the portrayal of this massive father of the faith does not disappoint. This portrayal of Paul shows the wise leader of the early church who is also very human and sometimes tormented by the flashbacks of his past as a killer of Christians. Paul is breathing out lines in this movie that are now in the New Testament which is so refreshing, but it is glimpses of his humor and humility that make him attractive. By the end of the movie, I felt like I had spent time with the Apostle Paul and I liked that.

Jim Caviezel portrays the writer of Acts, Luke, you may remember as the man who played Jesus in the movie, The Passion of the Christ. This role as a physician who has come to Rome to visit Paul in prison and one who is driven to try to write down the events of Paul’s ministry life before he is executed by Nero is compelling. This is what we will later refer to as parts of the book of Acts. Luke is wrestling with how to respond in the face of brutal persecution and is seeking the wisdom of Paul on behalf of the Christian Churches in Rome.

While this movie is rated PG-13 for some violent content, it is a compelling and relatively accurate portrayal of Rome under the Emperor, Nero. The quandary of how to respond to persecution will challenge your heart and this movie centers on the early church’s response to persecution. The answer that Paul and Luke give is that “Love is the only way.” We hear Paul quoting passages of 1 Corinthians and Ephesians while speaking with Luke, and there is mention near the end of Paul zealous to get his last letter to Timothy delivered (2 Timothy).

By the end of the movie I was encouraged and felt like I had spent an hour and a half with the early church fathers. Don’t go to this movie expecting a recap of Paul’s missionary journeys, but do expect to wrestle with the issue of your heart's response to persecution. There is a fictitious character (a Roman soldier) who holds the story together that is not Biblical, but works really well. As a charismatic believer, I was longing to see some crazy miraculous displays of the power of God, but this movie really was more about love than about power. While I longed for more of the power of God to be seen, the very real dependence upon God and your faith community was very beautiful.

The movie is playing at the Paradise Cinemas 7, and all in all, I give it two thumbs up as an experience that will give you a visual picture of the early church in Rome, of persecution and how difficult it was for Paul to be dictating and Luke writing the book of Acts. This is not a movie to take your kids to, but I believe that watching it will help you to visualize things in the book of Acts and think about your faith. You can always wait to see this on DVD, but the timeliness of this series with the book of Acts may tip you over to drive up the hill to catch the film in the theater. Plan on a bit of time to talk about it with your friends right afterward – there are quite a few themes that would provide great discussions.

That’s all for today’s movie review…