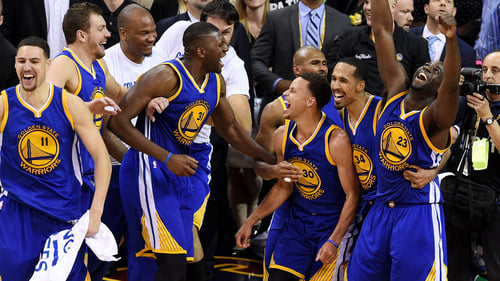 I love playing on a winning team that works together well and plays for each other more than ego driven selfish gain.

As we watch the Golden State Warriors go after their fourth championship in five years, the thing I have enjoyed the most about what they do on the court is their teamwork.  Their coach has said that one of their core values is joy, and relationship drives this group of young men to work together more than a lot of other teams in the league.

Jesus exemplified selflessness that was not false humility.

(Which is a subtle form of pride), and it was not motivated by selfish gain.  Jesus lived with the most joy of any other human being and he chose to partner with ordinary, flawed people who undoubtedly slowed things down.  He delights in the delays that ordinary people like us encounter when we are learning and is not put out by our lack of knowing how to do things perfectly.

Many pastors see their profession like a team sport, where “winning” is the name of the game.

This means more people are at your church or you look more influential or prominent than other pastors.  This subtle sense of competition is the exact opposite approach Jesus employed.  When this happens, the judgmental approach imperceptibly affects those who attend the church and they begin to compare their church to the others around it in the city.  “Our church has better this, or better that, than the church down the street.”   Ownership at a church like that is marked with the willingness to nit pick and judge every other church as “not enough.”

I am so thankful to be a in a city and a county where that mindset is less prominent than other places I’ve been.

There has been a powerful city wide unity in Chico throughout the years, and in the last six months, pastors from Butte County have been connecting. Pastors from Oroville, Paradise and Chico have been meeting together and churches in our county are taking part in the Butte County Prays initiative.  There is a growing sense of love and appreciation for the other Christian churches in our area and a growing gratitude.  This kills off the competitive spirit in leaders and begins to be an invitation for cheering the other members of the body of Christ to wildly succeed.

This week pastors from all over the county will swap pulpits and share in one another's churches.

As we model loving one another across denominational lines for the sake of living like Jesus, I want to invite you to do the same in your life as you talk about other churches – speak honoring words and not critical condemning words.  If you run into people who used to go to your church– but decided to move to a different church don’t make it awkward, lovingly greet them as brothers and sisters.

God continues to have His way in His church in Butte County, and I’m really proud to be a part of this season of building the Kingdom together.

Join us this Sunday in the Dome, 9am or 11am as we learn and grow together on God's winning team.