There Once Was a Man Named Luke 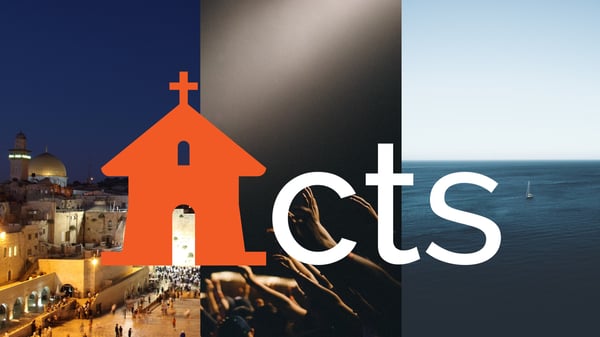 Luke is best known for writing the book of the Bible that bears his name. Luke’s gospel “carefully investigated everything from the beginning, (and) it seemed good also to me (Luke) to write an orderly account for you" (Luke 1:3). I believe that this was the same man who wrote the Book of Acts, which begins the same way that his gospel account ends – with the ascension of Jesus Christ outside of Jerusalem and the followers of Jesus remaining in the city waiting for the coming of the Holy Spirit. Luke tells us in the first verses of The Book of Acts: “In my former book, (Theophilus), I wrote about all that Jesus began to do and to teach until the day he was taken up to the heaven (Acts 1:1-2).”

Paul mentions Luke in the book of Colossians, where he is called a physician. While there were no official certifications that those practicing medicine would earn in the first century, he undoubtedly had learned as an apprentice under another doctor. Often doctors in the Roman Empire were slaves, who were later freed. Most physicians in Rome were foreigners, and a century before Julius Caesar had granted citizenship to doctors and teachers in an effort to encourage men to pursue these trades.

While in Asia minor (modern day Turkey) or Rome being a doctor might be a prestigious honorable trade, in Jerusalem and Judea doctors were not as revered. Jewish people recognized that God was ultimately the healer, and sought God’s help in prayers. More wealthy Jews in the first century praised physicians and their medicine as instruments of God. By the second century, one Jewish writer assigned the best physicians of his day to a class division to Gehinnom (basically meaning people from hell). Luke at times during his research and travel with Paul kept his expertise in medicine to himself which, given the circumstances may have been a good plan.

This doctor seems to be an eye witness to some of the events in the Book of Acts, as the narrative shifts from “they” to “we.” Ancient church tradition says that Luke was also an artist and one who sketched pictures of the apostles and religious icons. While Luke didn’t intend to write a technical historical document, the care that he took in recording the details is tremendous. Based on his accurate descriptions of towns, cities and islands, as well as correctly naming various official titles, archeologist Sir William Ramsay wrote that, “Luke is a historian of the first rank...”

When taken together, Luke-Acts as a two part gospel makes up 27.5% of the New Testament. After getting a good look at Acts, the rest of the books of the New Testament (many letters from the people in the book) have proper context. When you get to heaven, you should run up to Luke and give him a big hug for his incredible gift to us, the Body of Christ.

As the book of Acts comes to a close in chapter 28, we find that Paul has reached Rome and though he is under house arrest – it is only helping to facilitate very focused ministry for two years. In Acts 28, Luke also explains that this book has proven to us that God’s salvation has gone out to the nations, who will listen to this Good News. The book seems to end without conclusion, like the writer was interrupted as he described ministry in Rome. Many have wondered if there was a third book that Luke wrote that has been lost over the years. I believe that we, the Church, are the third portion of Luke’s gospel. The Holy Spirit inspired Luke to leave the book wide open at its conclusion. This story is still being written – in us who live today. We continue to share the Good News and be His witnesses in a world that is lost without Him (Mt. 28:18-20).  It is a relief to be able to trust that the power of the Holy Spirit will be what will allow us to move ahead and build His kingdom (Acts 1:8).

I want to invite you to come with us on a journey for these first five months of 2018. We will be taking a journey through the Book of Acts on Sundays beginning this week. I really believe as we see how the early church began, we will see what life to the fullest really looks like!