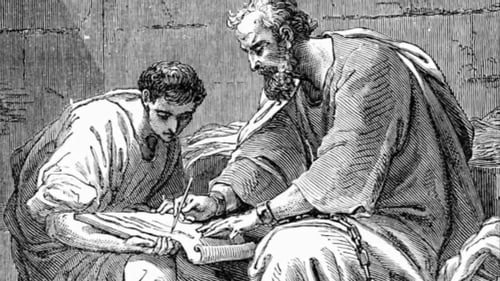 Have you ever wondered who this Timothy chap really was (to whom 1st and 2nd Timothy were written)?

Last Sunday we started our walk through the books of 1st and 2nd Timothy, if you missed the message you can listen to audio or podcast here.

So here is what we know about Timothy:

As we go through the letters to Timothy this Fall...

we will see the words of a father to a son, advising and helping him to have a strong faith, a pure heart and a clear conscience.

I encourage you, if you missed last Sunday watch the videocast where the Apostle Paul in the first person dictates these two letters to his son Timothy.  It is a dramatic and illustrated sermon with the words of Eugene Peterson’s paraphrase of the New Testament, the Message.

I’m praying that the words of these two letters will help you avoid your faith being shipwrecked!

Join us this Sunday and was continue our study of who Timothy was.